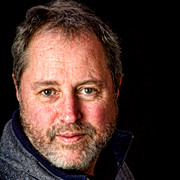 PLEASE NOTE: No Watermarks will appear on printed products.

All images contained in this gallery are © James Bo Insogna All rights reserved.

He studied with the New York Institute of Photography. In 1984 Bo opened a commercial studio in downtown Boulder, Colorado, shooting for local businesses, magazines and newspapers. He also had the opportunity to shoot for the Bicycle Guide Magazine for the "Coors International Bicycle Classic"

In 1987 the economy in Colorado got bad and Bo decided to make a move to Scottsdale Arizona. While there he was the head staff photographer for the "Phoenician Arabian Magazine" doing the covers and a column "Bo Trek". He had the pleasure to photograph beautiful Arabian Horses, riders and trainers.

Also that year was the first time Bo witness and photographed spectacular lightning storms and became a Storm chaser. Thus Arizona Lightning, The Lightning Man and Striking Photography By Bo was born. A lot has changed, back then they were shooting film and there was only a handful of lightning photographers. Many of the new ones have contacted and been inspired by Bo's Lightning Work.

One of Bo's images "Operation Desert Storm" was chosen by The Arizona Vietnam Vets for the Desert Storm Memorial Fund.

In 2007 Bo moved back to Colorado landing In Longmont Colorado, Boulder County just outside of Boulder opening a Home Studio.

His prints have been purchased from collectors from all over the world and have been featured on Television, Magazines, Newspapers, Books and licensed for all kinds of media.

One of Bo's images was even purchased and licensed to The Hit TV show "In Plain Sight" . He also had the honor of being feature in the Russian Version of "Photographer Magazine"

There are shots that have been worked on for many years just to get the storm to be in the right place at the right time… and even more … Bo being in the right place at the right time. His gear is always ready to go and when the crack of thunder sounds, it is his calling to get out and chase a storm. In other words when everyone is running inside ( and you should) it is out the door into the thick of things for Bo. It is more than just getting a shot of a lightning bolt… it is about getting an interesting and artistic shot of lightning.

"Lightning at Horseworld" took two years to get. "The Praying Monk Lightning Storm" took three years to get. And the most amazingly the shot of the year being worked on "Lightning and The Cross" took only 20 minutes! Somethings are meant to be.

Please make no mistake, it is extremely exciting to catch some lightning bolts on camera and is even an incredible rush… but it can be extremely dangerous. So if you decide you want to be a “storm chaser” be aware of your surroundings and have the right gear.

There have been a few times all the hair on his body stood up and he knew there was a charge building, there have also been many situations he has crawled out of. When the Budweiser Storm images happened, that was a chase that almost took him from Boulder County to Wyoming. At the start of that photo shoot: First, the remote on the camera would get hit. Next, he would jump in the back of the SUV with his feet off the ground with comfort of four rubber tires for safety. It was the most erratic lightning he has ever seen. "Scary stuff. You could not tell where the bolts were going to hit next. Front of you, behind you or on top of you! So safety is always number one."

Also, if you are an editor, and are interested in or looking for a good human interest story your readers or audience will love, images are always available please contact.

New Images are added and work is being uploaded all the time. So please check back.

Thanks for the visit. Please spread the word, share this with a friend or family member. Your referrals are greatly appreciated!